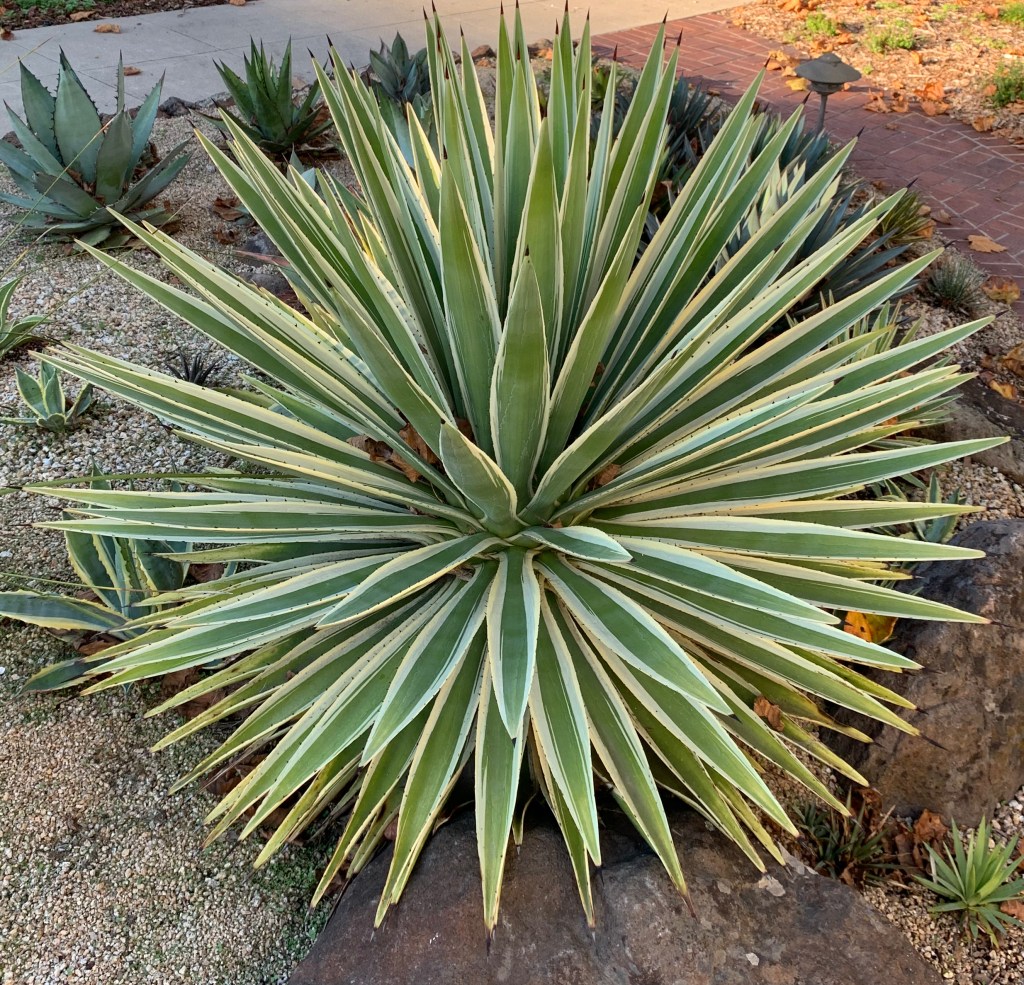 Let’s explore the world of thorny plants, which are popular subjects for many gardeners, and specimens some prefer to avoid.

These are plants that have developed sharp structures to protect themselves from being eaten by herbivorous animals.

Spinescent plants have developed a variety of such defensive weapons, sometimes in response to specific predators. We will leave it to botanists to determine which sharp structures are designed to deter specific attackers; let’s focus on gardening with thorny plants instead.

There, the sharp structures include three main types: thorns, thorns, and prickles. Thorns derive from branches or stems, and thorns develop from leaves. Both contain vascular bundles (the plant’s version of the veins). By comparison, quills derive from the tissue of the epidermis (skin) and do not have vascular bundles.

Quills are familiar on roses.

Gardeners often refer to their roses as having thorns. Indeed, Abahram Lincoln said: â€œWe can complain because the rose bushes have thorns, or we can rejoice because the thorns have roses. A good idea, but Lincoln should have been referring to quills correctly.

Only a few less familiar plants have prickles. One example is the Tropical Soda Apple (Solanum viarum), a Brazilian shrub that is a noxious weed in several US states and a “quarantine pest” in California. Another example is the Mysore Thorn or Shoofly, an evergreen shrub, native to India, which is an invasive species in several countries (but luckily not recorded in California).

Another thorny plant, sometimes seen in botanical gardens, is the silk tree (Ceiba insignis), a decorative tree from South America with a trunk covered with sharp thorns which are sometimes, incorrectly, called thorns or thorns.

Thorns are commonly seen on trees of the genus Citrus, including oranges, lemons, grapefruits, pomelo, and limes. Many varieties have large, sharp thorns on their stems.

The third type of spinescent, thorny plants, which gives the name to this category of plants, come in various forms. As noted above, the thorns are derived from the leaves to provide protection against hungry animals. This is an important adaptation for plants growing in very lean soils because they cannot regenerate quickly after feeding a herbaceous animal.

Thorny plants are often succulents, most often (but not exclusively) from the cactus family.

There are several forms of thorns.

When a leaf tip (apex) forms a sharp point, it is commonly called a â€œterminal spineâ€ or botanically â€œpricklyâ€. The sharp tips formed along the edges of a leaf are called â€œmarginal thornsâ€ or â€œthorny teethâ€. These are usually found on agaves, some of which have only terminal spines and others have both terminal and marginal spines. Some species, for example A. attenuata, have thornless leaves.

Plants in the cactus family sometimes have relatively dense thorn covers, which both protect the plant from hungry animals and shade the plant from extreme temperatures. A popular example is the Golden Barrel Cactus (Echinocactus grusonii).

Some euphorbias, for example the crown of thorns (Euphorbia milii), are South African plants that also have thorns. Succulent plant specialist Debra Lee Baldwin (debraleebaldwin.com/) made a clear distinction between spinescent spurges and cacti, based on the structure of the thorns. The thorns of cacti emerge in clusters from areoles, which are small bumps on the surface of the plant. Spurge, by comparison, emerges from a leaf and forms a V, suggesting the horns of cattle.

Some cacti, especially Opuntias, have both large, smooth, fixed spines and small, prickly-like hairs called glochids (bristles) that easily adhere to the skin or hair and then pull away from the plant. These penetrate the skin and are difficult to remove because they are very thin and break easily, causing long-lasting irritation.

I recently added to my garden a large cutting of an extraordinary prickly pear cactus (Opuntia monocantha ‘Sunburst Variegata’), a naturally occurring monstrous form of the common species. This plant has both spines and glochids, which qualifies it as a candidate for very careful handling.

A minor type of spinescent structures are trichomes, hair-like thorns that protect both against small herbivorous insects and catch passing animals as a seed dispersal strategy. These are not as harmful to gardeners as glochids. One trichome plant is Galium aparine, which has the common names Catchweed and Sticky Willy. I recently planted several specimens of another species of Galium, G. odoratum, known as the sweet-scented bedstraw due to its historical use as a pillow filling. I will be examining my plants for trichomes.

Thorny plants can protect themselves from gardeners as well as herbivorous animals.

With hot roses, leather gloves, long sleeves, and planning your moves may be enough.

The thorns are usually spaced far enough apart to avoid, as with citrus fruits.

The thorns of agaves, cacti, and some other succulents are sharp and stiff and can be dangerous to handle. It is good practice to install these plants away from trails to avoid accidental contact and to wrap them in a heavy towel when lifting or installing. Long tweezers can be useful for removing debris between the leaves of a rosette.

If you experience glochids, the recommended remedy includes diligent waxing followed by coating the area with household glue, drying, and then peeling.

Thorny agaves and cacti may be an acquired taste, but they offer a variety of interesting shapes and colors, ease of cultivation, and excellent drought tolerance. As the Monterey Bay area experiences severe drought conditions, thorny, thornless succulents can be good additions to the landscape.

A seasonal topic concerns the propagation of a popular garden plant, the Aeonium.

These plants grow in the winter, dormant during the summer months, so fall is the preferred time to propagate your Aeoniums.

For the record, some producers believe that some of these varieties are cultivars of A. manriqueorum.

These plants grow best in moderate water to partial shade. A location in the undergrowth suits them well. They are valued primarily for their rosettes, which are dense, waxy leaves growing from a single stem. In spring, they develop large pyramidal panicles of bright yellow flowers.

Aeoniums are monocarpic, which means that the flowering stems die off after flowering.

Aeoniums can be confused with other plants in the Crassula (Stonecrop) family that have a rosette shape, for example, Dudleyas, Graptopetalums, Pachyverias and Graptoverias. Aeoniums can be distinguished from these other species by noting how their leaves attach to the stem. Aeoniums have a fibrous attachment, so the stem has a transverse line where the leaf was attached. The stems of related plants show a root ball from a torn leaf.

The non-flowering stems of Aeoniums can become quite long after a few seasons. This is their natural form, but many gardeners prefer more compact plants.

Gardeners can achieve a tighter shape through propagation. Start by removing the mature long-legged plants from the ground, cut off the rosettes leaving up to six inches of stem, and discard the rest of the stems. Insert the cuttings in well-drained soil, either in the ground or in a container. They will develop new roots within a few weeks.

If your propagation process results in more rosette cuttings than you want to replant, these are good candidates for sharing with friends.

Tom Karwin is the past president of the Friends of the UC Santa Cruz Arboretum, the Monterey Bay Area Cactus & Succulent Society, and the Monterey Bay Iris Society, and UC Lifetime Master Gardener (Certified 1999 to 2009). He is now a board member and garden coach for the Santa Cruz Hostel Society. To view daily photos of his garden, https://www.facebook.com/ongardeningcom-566511763375123/. To find an archive of previous gardening columns, visit http://ongardening.com. Contact him with comments or questions at tom@karwin.com.

SC rice plantation for sale in Colleton County near Beaufort