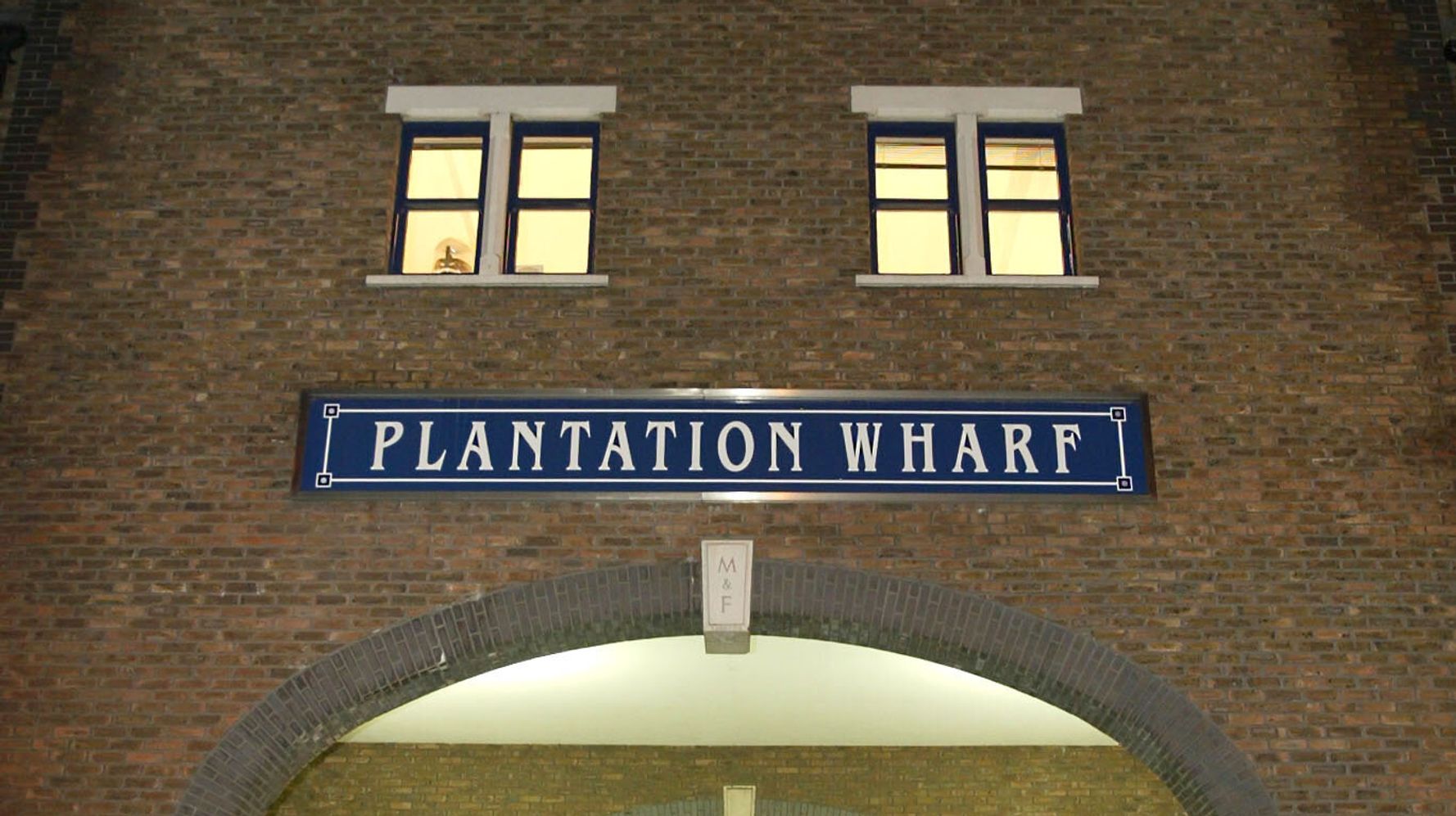 The owners of a development called “Plantation Wharf” have launched a consultation on a possible name change.

It sits in the middle of a row above the South West London office development named after the transatlantic slave trade.

Battersea MP Marsha de Cordova described the signs around the site in her constituency as “sickening”.

The Labor MP said the site “pokes fun” at the history of the brutal transatlantic slave trade.

She added: ‘Last year I asked Wandsworth Council to review the suitability and appropriateness of current monuments, statues, streets and building names to ensure they are compatible with our anti-racist values . It needs to be changed. »

The site is a private development, mainly offices, where the buildings were named by the developer 26 years ago in 1995.

However, photos of traffic signs shared on social media have sparked new questions on the Thames site.

People have denounced the buildings named Cotton Row, Trade Tower and Molasses Row as ‘deaf’ for their links to slavery.

Dr Vanessa Brady, honorary director of Plantation Wharf Management Limited, told HuffPost UK that they had set up a committee to research the history of the site and why the developers chose to reference the names they did.

She said some families in Battersea have generations linked to the wharf and it was important not to ‘forget or ignore it’.

Brady said she disagreed with de Cordova’s “radical statement” about the site’s history.

“As someone proud of my own black history, I want facts, not opinion. Research shows the wharf has generated jobs that have freed many people from slavery,” she added.

She said they want to present the story uncovered by professional researchers and historians before voting on the name of the development.

“As a council, we will then act on the majority vote from a position of consultation and inclusion which is our democracy,” she added.

They are considering a series of measures, including whether or not to put plaques next to each panel.

Brady added: ‘We want to embrace all of society at all levels and create a place of proud history at the dock. It is not intended to cause an insult – on the contrary and we must do so taking into account the opinions of everyone in today’s society.

A spokesperson for Wandsworth Council said: ‘This is a private development in which the buildings were named by the developer 26 years ago in 1995.

“We understand that its current management team has been approached on this issue and has expressed a willingness to review the names of these buildings.”