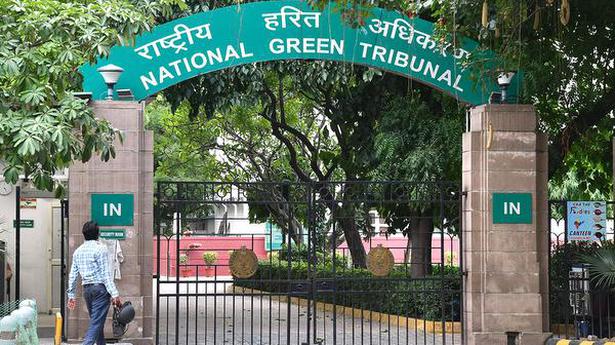 The National Green Tribunal (NGT) has fined the Odisha government ₹1 crore for undertaking a guava plantation on 343 acres, which has been classified as Sal forest in Jajpur district.

A Tapan Kumar Baral had moved NGT alleging that trees were illegally felled in the approximately 377.83 acres forest for planting horticultural species at Damodarpur, Botalanda and Kharagala in Jajpur district. It was further alleged that the land category was Patara Jungle and Sal Jungle and that heavy machinery was used to clear the forest land.


Upon hearing the case, the NGT formed a committee consisting of a scientist from the Integrated Regional Office of the Ministry of Forestry and Climate Change, the Collector from Jajpur District and the Divisional Forestry Officer from Cuttack.

Although the land was classified as forest land, the Forestry Department had not received any proposals for the diversion of forest land under the Forest Conservation Act 1980. The committee reported that no trees had been felled on the land.

“We are surprised that the Jajpur District Magistrate and the Deputy Director of Horticulture in their affidavits took the position that the planting of guava will not cause ecological imbalance, but will improve the ecological balance of the locality. This shows the blatant ignorance of district officials, including the District Magistrate of Jajpur, in which he points out in his affidavit that monoculture planting will improve the ecological diversity of the region,” the court observed.

“Flagless violation of the law”


The NGT bench, consisting of Judicial Member Amit Shalekar and Expert Member Saibal Dasgupta, said: “We find that the Deputy Director of Horticulture, Jajpur, and the Collector and District Magistrate, Jajpur have acted irresponsibly and sought to justify their illegal act by allowing forest land to be used for non-forest purposes in flagrant violation of the provisions of Section 2 of the Forest Conservation Act 1980.”

The government was ordered to deposit ₹1 crore with the Divisional Forestry Officer, Cuttack Forestry Division, for environmental compensation within two months and file an Affidavit of Compliance in this regard.

The NGT, however, said the district administration was free to divert forest land for non-forest use under the Forest Conservation Act 1980.