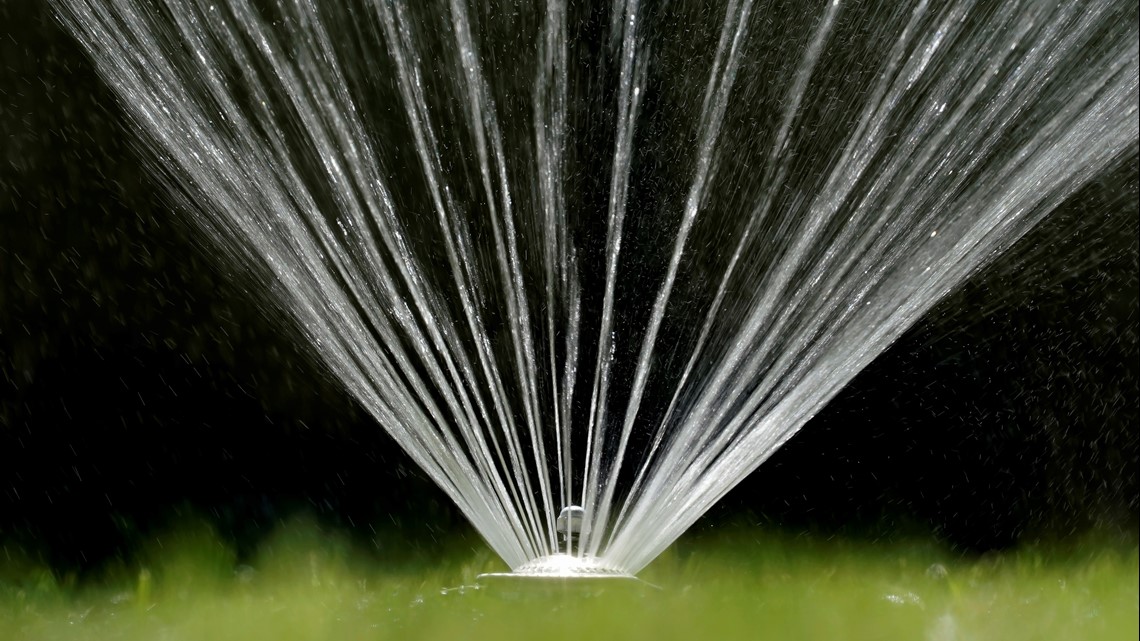 Lawn conversion, xeriscapes and the future of landscaping in California

In addition to conserving water and helping the environment, the City of Sacramento is offering rebates to people who convert their lawns into drought-tolerant landscapes.

SACRAMENTO, Calif. — The Great American Lawn, the setting for barbecues, wiffleball games and picnics for generations, could be the next cause of the climate crisis in the west. In fact, experts say the lawn should never have existed in California.

“It’s crazy how much it takes to keep this rug that never really belonged to California. IIt’s just to fit that kind of American Great Lawn suburban myth,” said Haven Kiersassociate professor of landscape architecture and environmental design at UC Davis.

California’s hot, dry summers, attributed to the Mediterranean climate, are not conducive to lush green lawns, and aAs the west gets hotter and drier due to climate change, states like Nevada are banning residential lawns in an effort to conserve water.

As the state’s parched reservoirs reach record highs and the land continues to sink due to exposed aquifers, many Californians continue to supply their lawns with water. With lawns covering 2% of the continental United States, grass can be considered the largest irrigated crop per acre in the United States, according to Nasa.

Grass consumes large amounts of water, water that the west does not have to spare, according to the American scientist. According to Carlos Eliason, spokesman for the City of Sacramento, about half of residential water use in a single-family home is for outdoor watering, such as grass. Meanwhile, drought-tolerant landscapes use about a third of the water as regular lawns.

New landscaping strategies under the name xeriscapes could help alleviate stress on water systems. “Xeri” derives from the Greek prefix for dry, so xeriscape is “dry landscape”.

However, this can be a bit misleading. Dry in this case refers to the amount of irrigation needed to maintain it. Xeriscapes depend almost entirely on water provided by the environment, which means that the selected plants are accustomed to our climate. In a nutshell, the modern approach to California landscaping is xeriscaping, according to CalRecycle.

“I think one of the myths of xeriscapes is that you can just cover your lawn or cover the front yard with gravel, and you know, maybe five plants, and that’s fine,” Kiers said. “In terms of heat retention, the urban heat island, those front yards that are just gravel or rocks absorb so much heat and throw it all back.

In contrast, the City of Sacramento encourages river-friendly landscaping, which they describe as “an ecological and holistic approach to gardening that works with nature to reduce waste, prevent pollution, and support the integrity of one of California’s key ecosystems, the Sacramento River watershed. “

In a place with a great growing climate like Sacramento, there are endless options. Professor Kiers recommends using plants native to California, such as salvias, sages and oaks to reconfigure your garden with mulch to keep the soil cool and moist. Planting trees in cities and residential areas is key to reducing the urban heat island effect, which can raise city temperatures by up to 7 degrees, according to the U.S. Environmental Protection Agency. environment.

Resources such as the California State Water Resources Control Board’s River-Friendly Landscape Guidelines or Calscape.org can inspire you in designing your garden and selecting the right plants.

“Once things are established, then it’s really (less work). You cut it down once in a while and weeding is the only problem,” Kiers said.

City-run initiatives and programs are available to encourage people to undertake lawn conversion as well. The city of Sacramento has a program that encourages people to tear up their lawns and convert their yards into xeriscapes. Currently, people can get up to $3,000 off the grass converter to replace their lawn and businesses can get $50,000.

The leading landscaping and paving company in Menston

K&R Lawn & Landscaping creates a beautiful and functional landscape in…

5 Incredibly Inexpensive Landscaping Ideas When You’re On A Budget –…