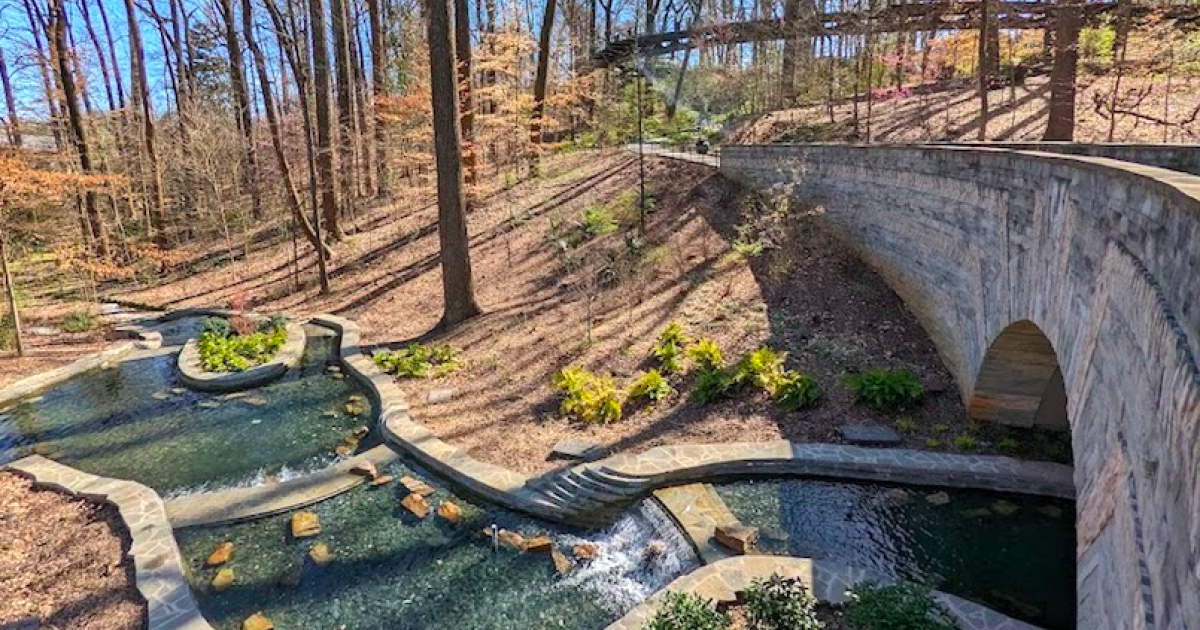 Images: The last extension of the Atlanta Botanical Garden is quite beautiful

A new serpentine water feature has infused one of Atlanta’s top attractions for tourists and locals alike with the “soft music of water” as intended for designers.

Called the Mary Ellen Imlay Channel Garden, the latest addition to the locks, splashes and pools of the Atlanta Botanical Garden across the Storza Woods section bordering Piedmont Park, adds a new dimension for visitors to explore.

The Channel Garden finished construction in the fall, but spring blooms now bring the Spurlock Landscape Architects project to its more leafy and floral state.

Designed to be “stylishly modern”, the Channel Garden marks the second phase of Storza Woods, which debuted in 2015 with artist Dale Chihuly’s luminous Saffron Tower, an 80ft mirror pool and a waterfall cascading down 12 steps in a ravine.

The Channel Garden springs from the ground and flows south, away from Piedmont Avenue, under the Storza Woods promenade.
Josh Green / Urbanizing Atlanta

The Channel Garden flows south through three new gardens – each to be dotted with white, yellow, purple and chartreuse in spring and summer – and ponds at the foot of the water stairs.

Between the two is a 160-foot concrete V-shaped channel that spills in relief four feet of water into an upper level pool. From there, the water flows under the bridge and Imlay three small rapids.

Finally, the water cascades into the lower garden pool, located at the foot of a hill with a green island in the middle, before disappearing over a waterfall and being recirculated upwards.

The Garden officials have described the project as “transformer”. Mosey up to the gallery for a closer look.