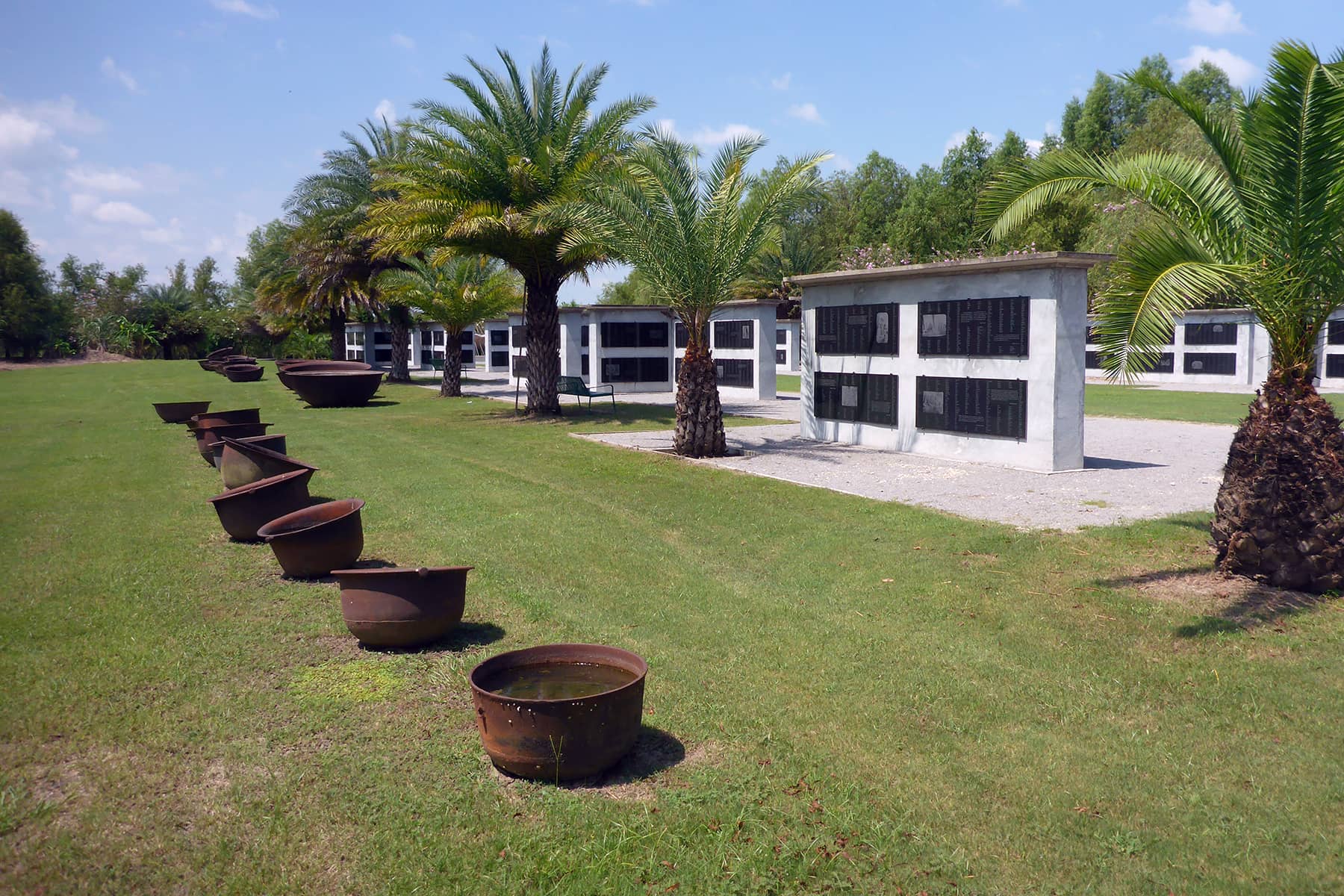 State legislatures across the United States are cracking down on discussions of race and racism in the classroom. School boards are trying to ban books that deal with difficult stories. Legislators target initiatives that promote diversity, equity, and inclusion in higher education.

Such efforts raise questions about whether students in the United States will ever be able to engage in free and meaningful discussions about the history of slavery in America and the effect it had on the nation. As cultural geographers, we see a potential venue for this kind of discussion that we believe to be a neglected and misused resource: plantation museums.

If slavery is, as historian Ira Berlin argues, “ground zero of race relations,” then the hundreds of plantation museums that dot the landscape of the southeastern United States seem like natural places for grapple with the difficult history of America’s slave past.

Exploring this possibility is one of the reasons why – along with fellow tourism scholars Stephen Hanna, Perry Carter, Candace Bright and David Butler – we received a federal grant to study plantation museums in the American South. .

We believe that these plantation museums could be important sites for an educational consideration of this difficult aspect of America’s past. But that’s only if the people who run these museums are committed to telling the truth about what happened, rather than perpetuating myths about black lives in America under white domination and oppression. This is especially important as policymakers seek to reduce discussions of racism – or even topics that make people feel “uncomfortable” – in schools, colleges and universities from kindergarten to 12th grade in the United States.

The uses of these sites have traditionally idealized life before the Civil War and ignored or trivialized the horrors of slavery. They also downplayed the resistance and resilience of enslaved communities, thereby preventing the nation from having a fuller and more accurate picture of American slavery.

In order to better use plantation museums as places to learn about racism and slavery, museums need to be reformed in a major way and do more than just entertain tourists and sell a heritage experience. On the contrary, this reform demands an overhaul of almost every facet of the museum – from misguided tours that gloss over the harsh living conditions of slaves to artifacts and marketing materials that emphasize opulent and picturesque mansions that belie the horrors of what happened on the surrounding grounds. In our research, we found plantation museums where 50% of visits never mentioned slavery. Our work provides practical guidance on the changes that need to happen.

In the United States, there are at least 375 plantations open to public tours spread across 19 states. Based on almost 2,000 surveys conducted by our research team, visitors have indicated that they go to the plantations to “learn the story”. The general public regards historical sites, such as plantation museums, as reliable sources of historical information. Therefore, they deserve to be held accountable for the educational experience they provide.

School trips are an important source of income for these often cash-strapped sites. At Shirley Plantation in Virginia, field trips accounted for more than 15% of total visitors. At Meadow Farm near Richmond, Va., 40% of site visitors are school children. At Boone Hall in South Carolina, 14,000 schoolchildren visit the site each year.

At a plantation museum in Virginia, we watched school children participate in scavenger hunts where they assumed the role of white slave owners. In one instance, the children deliver a message between the white slave owner’s son—a Confederate soldier—and his sick mother while their plantation was occupied by Union troops. We believe this leads children to identify and empathize with the white slave-owning family as opposed to the individuals they enslaved.

Towards a restorative education

Our work calls on plantation museums to engage in a more restorative form of education. This education would address the injustices of the past and correct the way slavery is actively misunderstood in the present, which in turn harms Black well-being and sense of belonging.

Correcting these historical errors is not just about correcting the facts about slaves and slaveholders. It also requires audiences to learn some emotional and social truths about how slavery is a source of pain and tension in America. Lessons should show how this tension continues to impact race relations. We often forget how enslaved labor was used to build the buildings, roads, ports and railroads we use in America.

Our research revealed that many plantation museums were reluctant to highlight black life and history. But there is promising evidence of change at sites like McLeod Plantation on James Island in Charleston, South Carolina, which opened in 2015, less than a year after the better-known Whitney Plantation in Louisiana.

We consider both museums – Whitney and McLeod – to be exceptional in plantation tourism. Combined, our research revealed that these two sites attract a more racially diverse number of visitors than many other plantations because of the inclusive stories told there. Our visitor surveys suggest that public interest in the subject of slavery has increased after taking guided tours that focus on the experiences of enslaved communities. In our view, this is a necessary counterpoint to media reports that some visitors refuse to hear these sober talks. For example, McLeod tour guides reported white visitors yelling at them, claiming the tour had attacked their ancestors.

These two plantations represent a new way to educate the public about the realities of slavery. Here are three things that stood out during our assessment of the Whitney and McLeod plantations.

1. They incorporate slavery and slave life throughout the tour

We believe it is important to showcase slavery and slave life during all aspects of the tour and not separate them into a special exhibit. Visitors should have the opportunity to make thoughtful connections with those who were once enslaved by learning names and details about their lives. At Whitney, for example, visitors are encouraged to make emotional connections. One way to do this is to receive a lanyard at the start of the tour that features the words and image of a once-enslaved child.

2. They offer visitors a space for contemplation

We know that planting can be a particularly charged and emotional experience, especially for black visitors. During our fieldwork, black visitors often described the land as sacred and a powerful place to connect with ancestors. Some of these plantations even hosted reunions of black families. Whitney Plantation offers visitors opportunities for reflection and contemplation throughout the visit, such as benches by a wall that commemorates and honors all those who were enslaved there.

3. The tour guides were well prepared

McLeod’s management deliberately hired guides who would disrupt romantic notions of the plantation and meaningfully address themes of slavery, race, and social justice. They also provided ongoing training and support to guides doing the difficult work of challenging or complicating long-held plantation myths.

McLeod officials acknowledged the stress their tour guides felt when focusing on slavery and its aftermath. They took extra steps to ensure their guides were supported by launching a “golden hour”. It was an opportunity for staff to come together and reflect on the difficult encounters with visitors, which sometimes tested the guides’ historical knowledge and fairness. It was also an opportunity for the guides to develop strategies to deal with the emotional toll of hostility they encountered in the line of duty.

New cactus planted in the garden