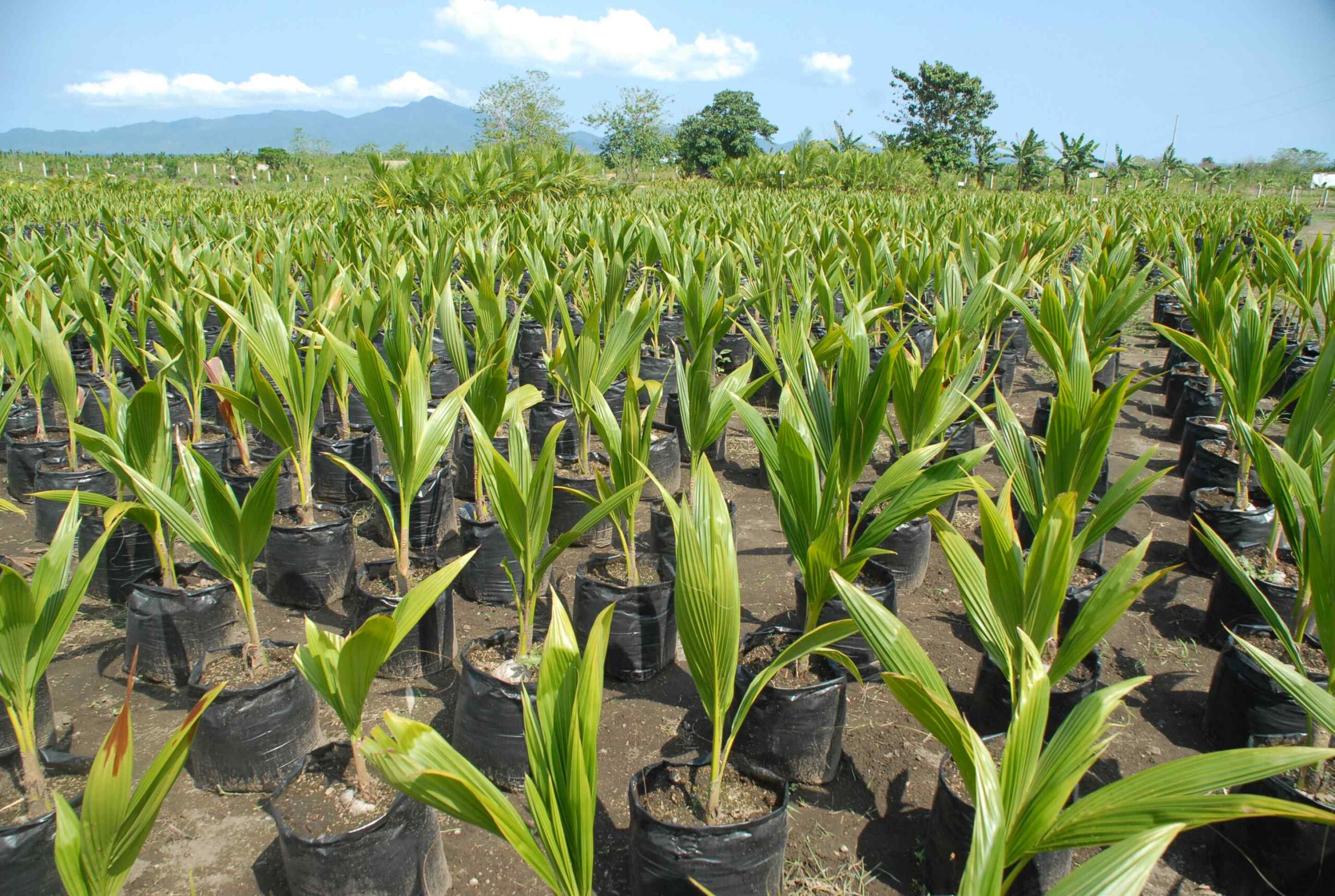 The Goshen Global Vision, the Council for Scientific and Industrial Research (CSIR), and the United States Forest Service embarked on a coconut plantation project at Ahantaman Girls High School in the Western Region .

The Western Region is synonymous with the coconut business and so under the US Forest Service, the two entities undertook the Five Million Coconut Tree Project to create wealth and prosperity in the region.

The move was intended to boost the region’s economy by injecting around $400 million to boost the project.
Mr. Kwabena Okyere Darko-Mensah, the Western Regional Minister who initiated the coconut garden and seed planting project, said the region was the hub of coconut production, and “I must admit that high schools in the region are embracing the future of expanding coconut cultivation and subsistence is a welcoming approach.”

The project in the selected schools, he noted, would serve as a training ground to develop students’ interest in coconut plantation projects in promoting entrepreneurship among young people.

The Minister explained that Goshen Global Vision in collaboration with CSIR-Takoradi, represented by Dr. Yayra Ofram and funding from USFS selected the two girls’ schools in the Region; Ahantaman and Archbishop Porter Girls’ Senior High Schools for gardening and planting coconut seeds.

The project in the schools would serve as an internal business for income generation and also for food security with possible enrollment of other schools in the future.

Mr Darko-Mensah said the Forestry Commission aims to plant 20 million trees to help fight climate change and urged the public to possibly plant a coconut tree in their various surroundings, schools and homes, in relation to the Green Ghana project.

He called on farmers to watch out for dangerous coconut pests and diseases and plead for control mechanisms to control them and prevent them from destroying coconut plantations.

The regional minister noted the need to promote sustainable land use in the face of climatic variations and to combat climate change, adding “we must be ready to combat deforestation and forest degradation”. Our commitment is to invest in the forest and make Ghana greener.

Ms. Mary Perpetua Kwakuyi, Executive Director of Goshen Global Vision, told Sekondi-Takoradi that the Association is implementing its flagship project titled “Greening of the Twin City Sekondi-Takoradi, in partnership with the United States Forest Service ( USFS) and the leadership of local government authorities (STMA and EKMA), to reverse the trend of forest loss and potential food insecurity through “women and youth in commercial urban agriculture and greening cities “.

The objective was to improve the urban production and supply of climate-smart vegetables, to provide young people with practical agricultural skills and business start-up tools for sustainable entrepreneurship in urban agriculture and to establish demonstration farms, officially called others.

She commended the partnership with all stakeholders to achieve the desired results. “We are delighted today to partner with CSIR-OPRI to establish a hybrid dwarf coconut palm, seed garden and planting resistant to Cape Saint Paul Wilt Disease with a maturity period of 3 years, which fits perfectly with our goal of improving the lives of women and youth and providing them with alternative livelihoods.

She said the project aims to enable participating schools to acquire the skills and knowledge required in coconut farming and value addition to resume the activity of heritage farming after their education, as a means of food security in the short, medium and long term. time as we intend to integrate the planting with sweet corn and help internally generated funds for the school.